The earth has one moon

The moon orbits the earth every 27.3 days.

It apparently moves eastward across the sky when it is visible. At night you can see it rise, move and drop against the backdrop of stars while also seeing it wax and wane. It however takes 29.53 (not 27) days to go from full moon to full moon over the longer cycle of the earth orbiting the sun.

The sidereal cycle takes 27.3 days for the moon to sit with the same stars when it rises.

The synodic cycle takes 29.53 days for the moon to go through its visual appearance changes.

The moon faces us with the same side because it is in a synchronous orbit around earth. The moon has slowed its orbit to match the rotational orbit of earth, resulting in the same side of the moon visible to us.

The moon’s orbit around earth is nearly not as smooth as the picture here pretends. The orbit of the moon is eliptical, even egg shaped. It also does not spin at the same level between earth and the sun; its orbit is tilted. As a result of  this slanted orbit, we see;

The synodic cycle is the apparent visual change of the moon’s phases over 29.53 days

The sideral cycle is the actual movement of the moon around earth over 27.3 days

One sidereal cycle is the time between 2 occurances of the moon appearing in the same place against the nights stars. 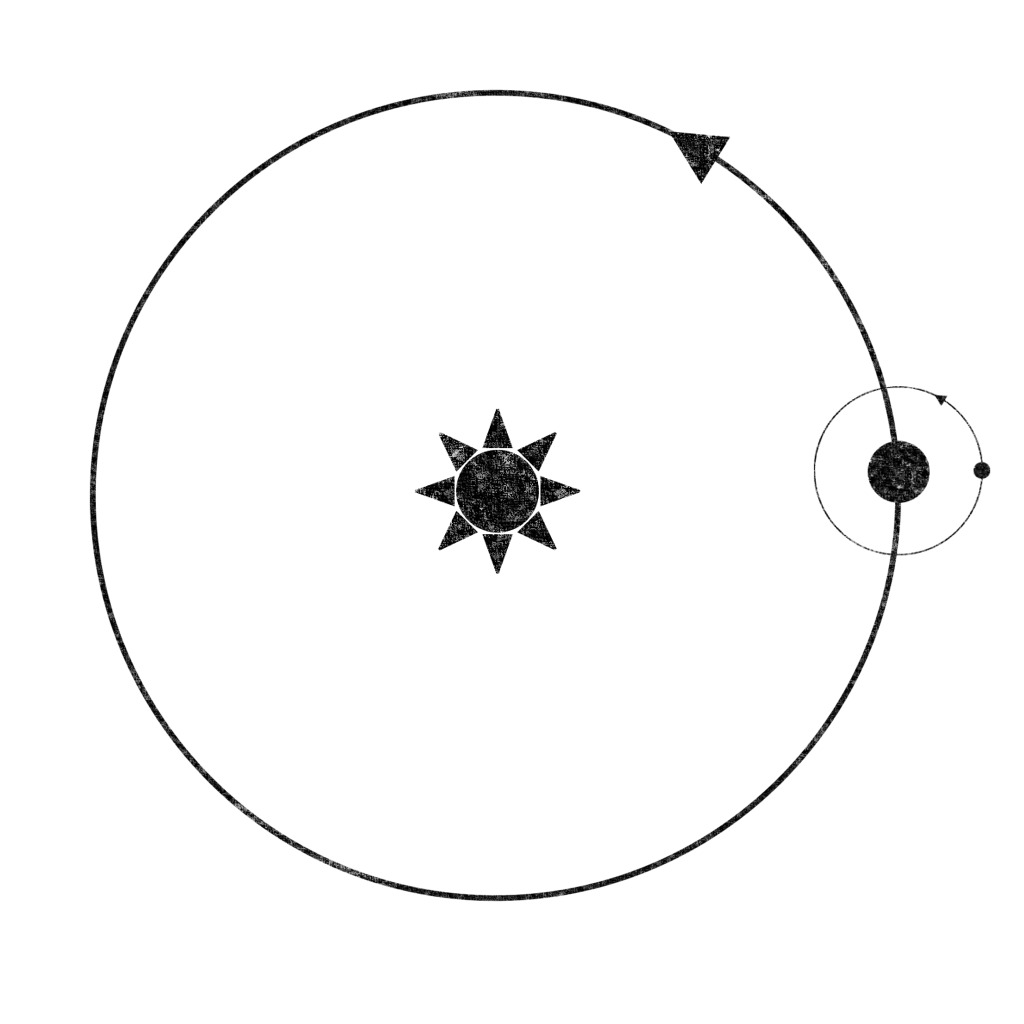 What we have learnt

Next: The Neolithic Revolution
Scroll to top