The best way to get familiarized with the pattern is to show it. 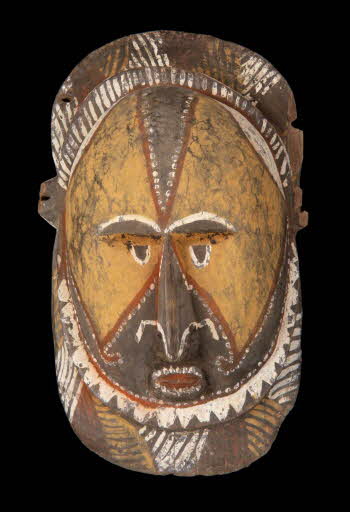 The centre of the face shows an analemma shaped darker surface, its edge a series of dots.

At the analemma’s pinch, two shapes veer off to the left and the right indicating the equinoxes of the year. they are also the largest moon path to the left and the right of the solar axis during the equinoxes. The eye shapes are representative of the movement of the moon, and its variety in maximum and minimum altitudes and horizon rising and setting points throughout the year.

The face is three dimensional; if you turn the mask away from you, the lower part of the face is recessed in relation to the mask above the ‘eyes’. This horizontal split in the mask represents the equinoxes but also the horizon.

The outer rim shows a waveline pattern in the lower half and streaks in the upper half of the face. The most outer ‘hair’ and ‘beard’ have a pattern of covering / hiding applied to them, most usually indicating the unknown or the everything.

Imagine you have a stick

Why ancient airplanes might be prayer artifacts
Scroll to top